Are You someone who wonders why washing machine manufacturers thought it was a good idea to get rid of lint filters? What were they thinking? That one move has made our lives more difficult. Besides more lint on our clothes, do you have to deal with:
– your drains getting clogged with lint from the washing machine?
– your sink filling up with water because your drain screens become filled with lint and block the water from draining out
– Globs of gunky lint being left in your sink to have to be washed out time and time again.

✓ Stainless steel so it won’t rust
✓ Made in the USA.
✓ easy to read and follow along installation instructions included.
✓ comes in a handy pack of 5 lint traps and 5 ties.
✓ easy to install – everything you need to attach it to the hose is included – no additional tools are needed.
✓ wide enough to fit any typical washer hose.
✓ long enough length to last several washings before a replacement is needed.
✓ Joyful note included to remind you of the joy that exists in your everyday living.Backed by our 3 month guarantee

What are some of the benefits of using these lint traps?  Well they are useful especially now because washing machines don’t come with lint filters the way they used to in the past.  This means more lint is going down your pipes and into your septic drainage field if you have one.  So the benefits of lint filters includes keeping the laundry sinks cleaner, keeping the pipes cleaner and keeping the septic drainage system cleaner.  Some things you should look for when you are getting a lint trap is:

1) what is the material made out of,

2) what is the filter gage of the system, and

3) do you get everything you need to attach them to the washing machine exit hose.

It’s a nice bonus if they are manufactured in the US, and are longer than 6-7 inches as well.

Some people’s experiences with the lint snares range are:

I don’t understand why washing machines no longer have removable lint filters. We were paying a plumber to clear our pipes twice a year until I started adding catchers. Then we were paying too much for catchers at local stores. These do the job well and are much less. We will continue to order them in years to come.

I use these for my washing machine hose. hard to find in stores and they can be quite expensive

these are awesome! so much better than others things we’ve tried! i never knew how much lint was going down the drain until we had a big mess on our hands … we will never go without! 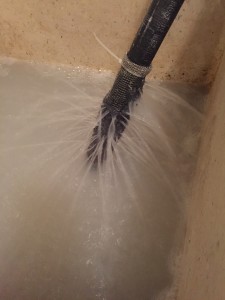 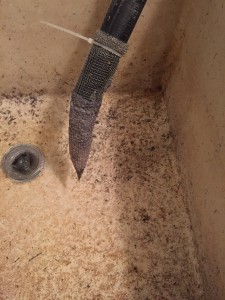